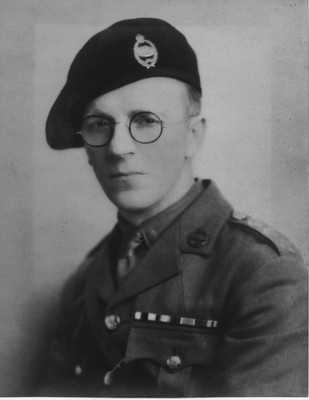 Peter Woodruff Batten was born in Cheshire England in 1893.

He joined in the London Mounted Brigade at age 17 in August 1914 as a private and was commissioned as Sergeant in April 1915.  He served in Gallipoli with 5 Battalion Manchester Regiment, in France with 5 Royal Sussex Regiment and in 1916 was seconded to Royal Tank Corps October 1916. He was demobilised as a Captain in June 1919. He was awarded the Military Cross at the battle of Cambrai, November 1917.

Post war, he worked as a journalist and publicity and advertising principal in London, Paris, New Your and Colombo, Ceylon. He turned author, publishing 40 novels under the name Richard Worth and also appeared in movies - The Arcadians (1927), The Triumph of the Scarlet Pimpernel (1928) and Dawn (1928).

Leaving England in 1934, he arriving in Sydney where he gained employment as the Sub-editor of The Truth.

Batten moved to Melbourne in late 1930's  where he was employed as sub-editor for the Age and joined the Caulfield RSL.

In 1941 he re-enlisted in the RAAF but was discharged from the intelligence division in 1942 due to high blood pressure. He later moved to WA and became the War Correspondent for the Mirror.

Batten returned to Sydney, working at 2GB as the News Editor, passing away in September 1958