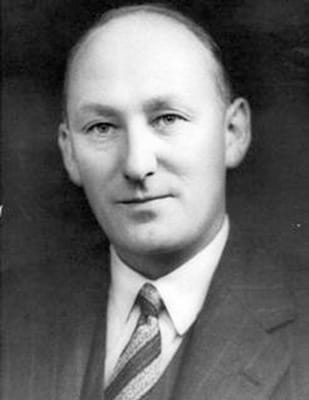 Arthur William Coles was born in Geelong and enlisted at the age of 22 on 17 August 1914. He joined the 6th Battalion and landed at Gallipoli on 25/4/1915. He was wounded on the 29/5. Evacuated to Hospital, on the 4/8 he was back on Gallipoli until the evacuation. In March 1916 he arrived in France, and on the Western Front. He was wounded on three occasions before being commissioned as a lieutenant.

By November 1916 he was invalided back to Australia and admitted to 11 AGH in Kooyong Rd., where he signs up to the newly formed Caulfield returned Soldiers Club. His records show he was discharged in 1917.

Prior to enlisting, he had joined with two brothers and an uncle to open a variety store in Collingwood. Working on the slogan "Nothing over 2/-", the business grew rapidly. The family opened a series of new Coles Variety Stores around the country, Arthur moving to Sydney in 1928 to open and manage the first one in New South Wales.

In 1931, at the height of the Great Depression, he returned to Melbourne to become Managing Director, a post he held until 1944. became the largest retailer in Australia. Like some other club members, he was involved in Welfare issues of the ex-service community and during WW2 participated and helped organise the Parcels for Britain.  He was also Lord Mayor of Melbourne from 1838-1940. Along with other club members he was an organiser of the 1956 Olympic Games.

He was knighted in 1960 and remained an RSL member until his death in June 1982.