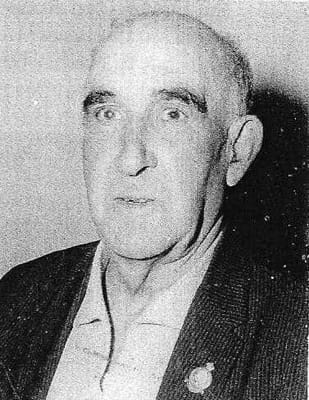 Known as Ralph - but baptised Raffaele by his Italian father and Irish mother - he was a 26 year old dentist from Daylesford when he enlisted in January 1915 5th Battalion, 4th Reinforcements. Very soon after enlistment he was transferred into the Dental Corps, and promoted to Staff Sergeant which indicated his worth as a dentist.

Lurati sailed with the battalion to Egypt, where he was stationed treating Australian troops at Heliopolis which is now a suburb of Cairo. In World War 1 it was a major staging camp for Australian troops, including the Light Horse Brigade. In late 1916 he was moved to England and posted to various training battalions that were preparing the troops going to fight on the Western front. We can see from his military records that the English weather did not agree with him and he suffered from arthritis. It got to the point where he was considered medically unfit and he returned to Australia in June 1918.

After returning home he worked as a dentist, including at 180 Glenhuntly Road Elsternwick. That address does not exist anymore as the buildings were demolished when the-then Point Nepean Road was widened and became the Nepean Highway. The building stood near the junction of Glenhuntly Road and become part of the Elsternwick Park complex - roughly where the golf club is today.

Later in life he returned to Daylesford but remained a member of Caulfield RSL until his death in 1965.